Not far from the Dutch border – in the heart of Europe – the MLP Business Park Niederrhein-Schwalmtal will be built. The modern business park arises on the 125,000 m2 industrial site of the Rösler-Draht AG company on Dülkener Straße / Heerstraße / Eickener Straße.

With an innovative concept for a broad mix of users and high-quality architecture, MLP and the municipality of Schwalmtal aim to offer an optimal solution for the subsequent use of the Rösler Draht industrial site.

[will be provided later]

Expected start of use

On November 15th, 2021, an information event took place in the Gelsenkirchen Science Park. The MLP Group and the City of Gelsenkirchen presented their plans for the Business Park Schalke to the press.

As one of the leading developers of logistics and industrial parks as well as small-scale business parks, the MLP Group has specialised in the revitalisation of former industrial sites. At the end of September 2021, the company acquired the around 110,000 square metre industrial brownfield site of the former Thyssen wire works in Gelsenkirchen-Schalke and is planning to build a new showpiece as part of the integrated development concept Schalke-Nord. To mark the occasion, MLP and the City of Gelsenkirchen invited representatives of the media to an information event on Monday, November 15th, 2021.

The guests were first welcomed by the Lord Mayor, Karin Welge, before City Councillor Dr. Christopher Schmitt reported on the history and status quo of the site and City Planning Councillor Christoph Heidenreich on the urban renewal of Schalke-Nord. Patrick Schumacher-Kurowski, Country Manager Germany & Austria of the MLP Group, then presented the plans for the new Business Park Schalke.

Innovative concept for a broad mix of users

Over the next few years, a modern, sustainable business park with flexibly adaptable space, which is tailored to the needs of a broad mix of users, is to be built on the former Thyssen site. The concept designed by MLP thus not only fits seamlessly into the range of requirements of the City of Gelsenkirchen, but also meets the wishes of local, regional and national users from various fields.

In a next step, the further detailing of the concept is now to take place at the end of November/beginning of December 2021 in close coordination with the city and authorities. It is expected that all expert opinions will be available at the beginning of 2022 so that a development plan procedure can be opened from February 2022. On the basis of a legally binding development plan, construction of the new building is then expected to begin in the second half of 2023. The use of the MLP Business Park Schalke is scheduled to start in the middle of 2024. 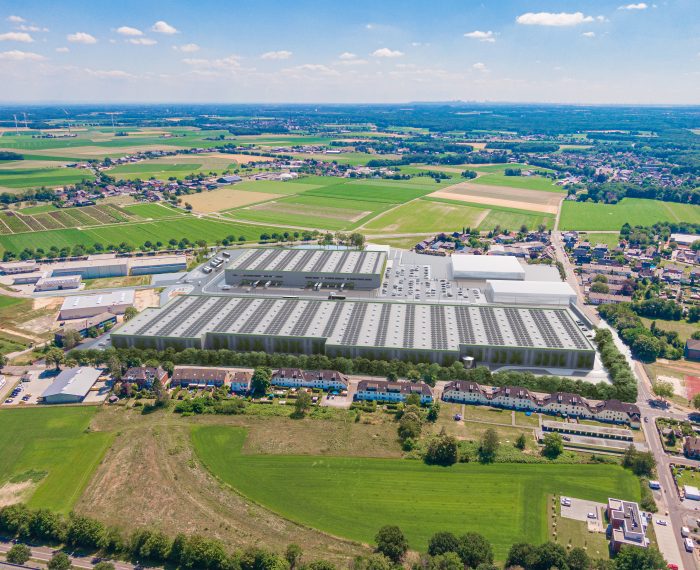 The MLP Business Park Niederrhein-Schwalmtal impresses with its central location in the heart of Europe, on the Lower Rhine in the west of North Rhine-Westphalia. From here, the cities of Düsseldorf, Krefeld and Mönchengladbach as well as the Dutch border can be reached in less than 40 km. The expansion of the A52 motorway and the immediate vicinity of the B221 trunk road and the L 371 country road provide excellent transport links to the community.

Schwalmtal has always been a strong commercial and industrial location. Where once the textile industry and metal processing dominated the scene, there is now a healthy mix of metal processing, food production, logistics and services in the spotlight.